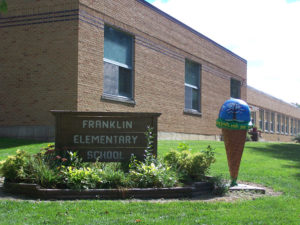 The U.S. Department of Education has named five Iowa schools to its list of National Blue Ribbon Schools for 2016.

“The program honors elementary, middle and high schools — both public and private — for overall academic achievement or for closing gaps in achievement among groups of students,” Hupp says. “So, they would include students from low-income backgrounds or students who do not speak English as their native language.” She says the progress of the schools is based on state assessment tests.

“Schools are recognized in one of two performance categories based on all students scores, subgroups students scores and graduation rate,” Hupp says. The schools were notified of their selection Wednesday.

“There’s a lot of excitement on the school level and a lot of excitement for us,” according to Hupp. “It’s great news for these schools, great news for Iowa — you know we’re celebrating right along with them the progress that’s being made by these students and the dedication shown by the educators in these schools.” Hupp says the schools have a right to be proud of the recognition.

She says there were more than 300 schools named Blue Ribbon Schools and it is exciting that five of them are in Iowa. The schools will be recognized in a ceremony November 7-8 in Washington, D.C.