You are here: Home / Business / Rendering plant accused of making Sibley smelly is up for sale 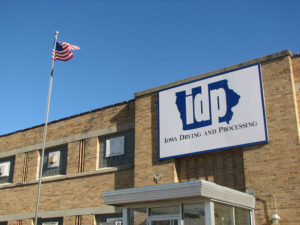 A plant in Sibley that’s blamed for causing overpowering smells in the city is for sale.

The Iowa Drying and Processing Plant has been listed for sale, along with nearly seven acres of land. Sibley City Administrator Glenn Anderson says the stench from the plant drifts over the downtown business district and residential areas of his city.

“We’ve asked them to slow down, stop, abate the terrible odors,” he says, “I mean because when they come out and it starts to affect other community members, when it affects businesses that are trying to operate such as restaurants, grocery stores, those kinds of things, it has an affect on the community.”

The plant renders pork parts into a high-protein livestock feed. Anderson says the city has repeatedly asked the company to reduce the odors emanating from the plant. Anderson says there’s a businessman in Lawton who’s offered a fix.

“He will put the equipment in for free. If it does not work to abate all the smells…he will not charge them. If in fact it does work and it makes the smells stop, the community is happy, they can be happy that they’re running a product that they want to run, they’ve stopped the smell and they can run a business that’s lucrative, productive and worth having in the community,” Anderson says. “But they won’t talk to him. They won’t give them the time of day.”

The plant has violated Sibley’s city code 36 times since July of 2015 and has been assessed more than $35,500 in civil penalties that are racking up interest.

The sale price listed for the building and land is $5.5 million. Parts of the building date back to the World War II era. In 2013, the current owners got 150-thousand dollars in state incentives to reopen the plant which had been closed for three years.

(By Ryan Long, KICD, Spencer/Photo from the Iowa Drying and Processing website )