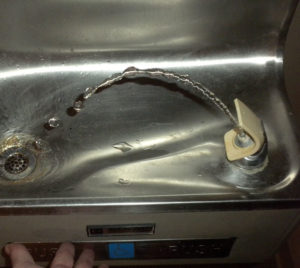 “The reason we were inspired to pursue this was because we were going to meetings where more and more frequently the question was raised: is the drinking water standard unnecessarily stringent? When was the last time you heard of a ‘blue’ baby?” Robinson says.

“Blue baby Syndrome” can be dangerous and fatal. It’s caused when water with excessive nitrate levels is used in baby formula. Robinson says the parents of most infants know how to avoid the problem. However, her review of recent research indicates high nitrate levels in drinking water can put adults at increased risk of bladder cancer and thyroid cancer and cause birth defects, like brain and spinal cord abnormalities.

“These studies looked at large populations over years, even decades,” Robinson says. “…They were really just looking at the drinking water impact.”