You are here: Home / Agriculture / Weaver ‘not o.k.’ with voluntary approach to dealing with nitrate problems 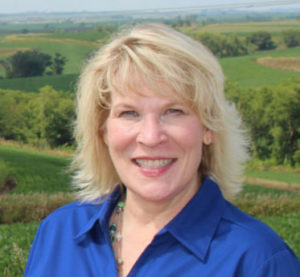 Kim Weaver, the Democrat running for Iowa’s fourth district congressional seat, says it’s time to set limits on the amount of nitrogen farmers may apply to their fields.

“If you look at a heat map of where the nitrates come down, the majority of the nitrates that contribute to the dead zone in the Gulf of Mexico, a lot of it comes from Iowa,” Weaver says. “And I believe that by educating farmers and even people who put fertilizers on their yards, I mean, all of that adds up.”

Weaver says if the state doesn’t act to end “voluntary” farming decisions about the amount of nitrogen applied to cropland, then “maybe the federal government should step in.”

“I’m not really o.k. with voluntary,” Weaver says. “I think that we need to have some limits.”

“Farmers have taken care of their land the best they know how,” Weaver says. “I don’t believe that they have intentionally polluted the waters. I don’t. Water quality is a problem for all of us and I believe that we all need to step up and say: ‘Hey, here are some innovative solutions. Let’s help you implement them.'”

One idea Weaver has talked about for the past few months is legalizing industrial hemp in Iowa. She says it can be planted in marshy areas and hemp’s root systems keep soil from washing away and filter out nitrates.

Weaver says being “good global neighbors” should be a priority.

“We need to be more aware of how our actions affect our neighbors,” Weaver says. “It’s not just about growing more and more and more. It’s also about ensuring that we don’t pollute the rest of the world.”

Weaver made her comments today during taping of the Iowa Public Television program, “Iowa Press” that airs tonight at 7:30. Weaver is running against Republican Congressman Steve King of Kiron.

A spokeswoman for King’s reelection campaign has not responded to Radio Iowa’s request for comment.