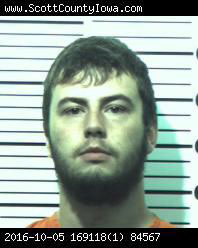 Davenport Police are charging a man in connection with a double murder.

Police found the bodies of 58-year-old Kevin Freese and his 57-year-old wife, Donna Freese, inside their north Davenport house a little before 5 Wednesday morning. They later arrested 20-year-old Sean Michael Freese and charged him with two counts of first-degree murder.

Police did not immediately say what his relationship was to the two people murdered. But WQAD-TV is reporting that neighbors say they heard arguing Tuesday night inside the home the Freeses shared with an adult son. WQAD says police escorted a person in handcuffs from the house Wednesday morning.