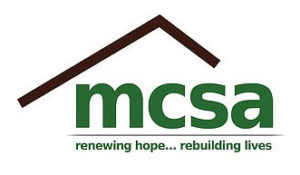 A homeless shelter in eastern Iowa is getting a much-needed makeover this weekend thanks to a British paint company. The old Muscatine YMCA was converted into the Muscatine Center for Social Action some 20 years ago.

Center director Charla Schafer says the shelter has eight rooms for families and one room has been repainted already. “I can tell you, the difference in what has been done in the one sneak-peak room, it is night and day walking in on how warm and comfortable the room is,” Schafer says, “in comparison to the colors and the lack of freshening-up over the period of time of the other rooms.”

Annie Sloan Interiors is marking its 25th anniversary by donating paint to 25 projects around the world and the Iowa shelter is one of only three in the U.S. that were chosen. Schafer says the new interiors were designed by the local Annie Sloan dealer, called Fresh Vintage.

“Each room will have a different color scheme from the Annie Sloan colors, but they’ll all have this warm contrast so when you walk in, it’s very warm and comfortable,” she says.

Volunteers will complete most of the painting this weekend and will put the final touches on next weekend. About 20 people are living in the Muscatine shelter and nine of them are children.