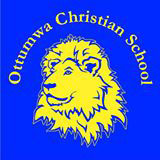 A former bookkeeper in a southeast Iowa Christian School is facing some serious theft charges.

Oldenburger said the investigation began after a new bookkeeper noticed discrepancies in past financial records. In all, Oldenburger says approximately $160,000 was stolen from the Christian School over a six year span.

Joni Stinson is facing four charges, the most serious charge of Ongoing Criminal Conduct could land her in prison for up to 25 years.

Oldenburger did say at this point there is no reason to believe that Stinson was involved in an arson fire which rendered the Ottumwa Christian School Building unusable earlier this year.

Stinson was arrested last week and released from jail after posting a $32,500 bond. She’s pleaded not guilty and will appear for arraignment on October 24.