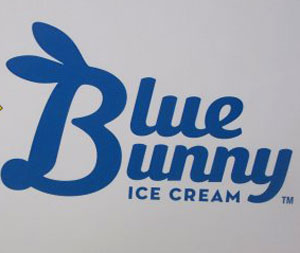 Le Mars-based Wells Enterprises is voluntarily recalling some of its Blue Bunny “Hoppin’ Holidoodle” ice cream due to concerns about possible listeria contamination. That flavor of Blue Bunny ice cream contains snicker-doodle cookie dough made by a Garner, Iowa, company.

The recalled product is a seasonal holiday flavor with very limited distribution in six states, including Iowa and Nebraska. Consumers should check the side of their ice cream packages to check for “best if used by” dates of 2/13/18 and 2/14/18. No other Blue Bunny products are being recalled. The following lot numbers are part of the recall: Lot 60001 MM 19115 6228 and Lot 60001 MM 191156229.

No illnesses have been linked to the ice cream that’s being recalled. The cookie dough in the ice cream came from Aspen Farms, a Garner, Iowa, company. The firm is part of another voluntary recall involving Texas-made “Blue Bell” cookie dough ice cream. Blue Bell is sold in southern states.

The cookie dough has not tested positive for listeria and there have been no illnesses connected to it, but Aspen Farms officials say an internal review raised concerns about what uniforms workers were wearing and how production was being documented.