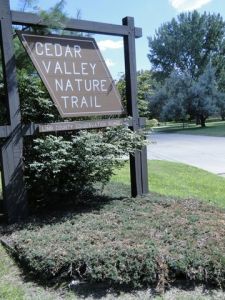 Five recreational trail projects around Iowa will be completed with help from the State.

The Iowa Transportation Commission on Tuesday approved over $2.5 million for the projects. That includes $250,000 for the replacement of a bridge along the Cedar Valley Nature Trail, which runs 52 miles through Linn, Benton, and Black Hawk counties.

Craig Markley, with the Iowa DOT, outlined some of the other projects awarded funding. “The extension of the Felderman Trail, which is in Bellevue and hooks into Bellevue State Park,” Markley said. “There’s the Interstate 29 Riverfront Trail Connection in Sioux City. That runs along Interstate 29, which is being reconstructed right now.”

The fourth project involves the Iowa River Trail in Marshalltown. “And then the Rolling Prairie Trail, a portion of that, between Allison and Bristow,” Markley said. The State Recreational Trails Program was created in 1988. The state legislature approved the $2.5 million for the program this year.