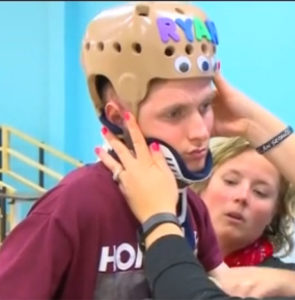 KCRG TV reports 24–year-old Ryan Jansa of Shueyville had been at a rehabilitation facility in Ankeny that specializes in brain trauma victims. Jansa was found bloodied and unconscious behind a dumpster outside the Union Bar on the morning of May 14.

Iowa City Police say they don’t know what happened to him and Jansa has no memory of the incident. Doctors suspect he may have fallen and was possibly hit by a car, based on his injuries.