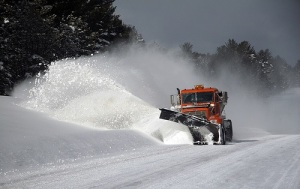 The National Climate Prediction Center is again issuing a La Nina watch into next year, though an Iowa climatologist says it likely isn’t much reason for farmers and snow shovelers to worry.

“Okay, yeah, it could end up being La Nina,” Todey says. “Still, I don’t think it’s going to be a major issue. It doesn’t really change too much about what it says for the winter or for next growing season.” La Nina occurs when Pacific Ocean surface temperatures fall and it has some effect on the weather across North America.

Todey says the looming La Nina may be a contributing factor to the winter ahead. “The storm pattern may be a bit more active across the northern U.S. this year,” Todey says. “I’m not saying we’re calling for more precipitation than average but it could be more active and we’ll probably see more storm systems coming through.”

Todey says other factors may have more of an effect on the weather through next spring. “Probably something else is going to kick in and be more of a driver this winter than the La Nina will be,” Todey says, “and then, it becomes a non-factor by next summer.” The La Nina pattern comes on the heels of a two-year, record-breaking El Nino pattern that faded away late this summer.