You are here: Home / Sports / Farley holds off on naming a starting quarterback 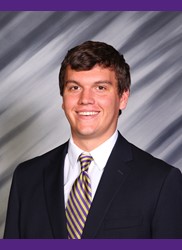 Northern Iowa coach Mark Farley has not named a starting quarterback for Saturday’s game against fourth ranked North Dakota State but it would be hard to imagine him not going with sophomore Eli Dunne. The Grinnell native got his first start against Missouri State and led the Panthers to a 61-7 win.

He was named the Missouri Valley and FCS national offensive player of the week and his 418 yards of passing was more than the Panthers tallied in the three previous games combined.

“Eli did a great job, plain and simple”, said Farley. “He read things nice and got the ball out on time and the protection was very good. I was pleased with the execution phase of it and it got better as the game went on.”

North Dakota State is 6-1 and is the five time FCS national champion. Saturday’s game will match two of the three top defenses in the Valley.

“They are an outstanding defense and I think we are playing good defense right now”, added Farley. I still think it is going to come down to execution on Saturday.”