You are here: Home / News / La Nina may dictate the severity of Iowa’s winter 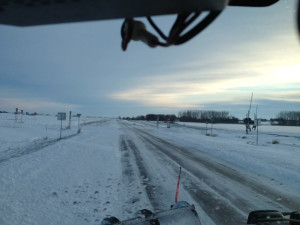 A developing La Nina pattern in the Pacific Ocean could impact Iowa’s winter weather, as well as the rest of the Midwest and Northern Plains.

Climatologist Dennis Todey, director of the U.S.D.A.’s Midwest Climate Hub in Ames, says the consensus points to “cold and snowy” for the upcoming winter, which isn’t exactly a stretch.

“That is every winter in the Northern Plains,” Todey says. “A lot of it then becomes, how much snow do you have on the ground? When you carry snow cover for a period of time, it allows that cold to set in and stay cold longer. If you don’t carry much snow cover, then you’ll bounce back and forth between the warm and the cold.”

A La Nina pattern occurs when Pacific Ocean surface temperatures drop below long-term normals and that has an effect on climate trends in North America. Todey says the predictions include the possibility of a more active storm track for our region.

“If you have a more active storm pattern, you’re going to have highs and lows coming through on a more frequent basis, so that would allow you to bounce back and forth fairly regularly,” Todey says. “So far, that’s kind of the way we’ve been this fall, although we’ve still been warmer than average.”

Todey says the forecast into mid-November indicates above-normal to much-above-normal temperatures for most of the Northern Plains.