You are here: Home / News / October warmer than normal with no hard freeze yet in parts of state 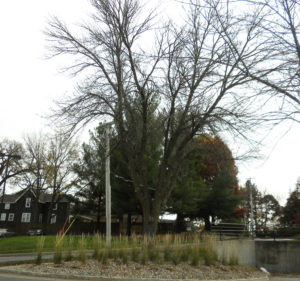 Some trees have lost their leaves though temperatures didn’t feel like Fall in October.

October continued a run of warmer than normal months in the state the now dates back more than one year.

State Climatologist Harry Hillaker says the statewide average temperature was 55.3 degrees, or 4.5 above normal. “It’s at least our warmest October since 2007,” Hillaker says. Hillaker says September of 2015 started a string of months that have been mostly warmer than normal.

“Just a few months here or there that were just barely below normal — January, May and July — temperatures were all within a degree of normal and a little on the cool side,” Hillaker explains. “Otherwise over the last 14 months we’ve had a lot of months that have been well above normal on temperatures.”

Hillaker says it took until October 13th for the state to see its first hard freeze. “We had temperatures as low as 23 degrees down in Ida County — Battle Creek specifically. Much of about the northwest half to two-thirds of the state had a pretty hard freeze that morning of the 13th,” according to Hillaker. “There’s still a few places in the state that haven’t had a freeze at all. Especially the far southeast corner of the state as well as areas along the Mississippi River, even up into northern Iowa.”

Hillaker says for areas of the state that saw a lot of rain in September, October gave them some relief. “Still had areas in the northern two tiers of Iowa counties that were a little bit above normal for rainfall — but nothing at all like we’d been seeing earlier,” Hillaker says, “and in northeast Iowa much of that rain just came this past week. So we had a long break of almost a month of pretty dry weather up in that part of the state, which is certainly very welcome there.”

Pat Powers of KQWC, Webster City contributed to this story.