You are here: Home / Crime / Courts / State called in to investigate police shooting in Cedar Rapids 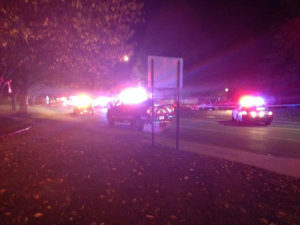 The police officer fired his gun during a fight with a 37-year-old man who was pulled over for a traffic violation at 1:15 a.m. A news release states the suspect then fled in his vehicle and struck an unmarked police SUV and an unoccupied vehicle in a Coe College parking lot.

The names of the suspect and the officers have not been released.