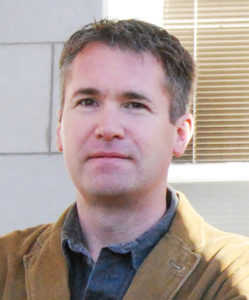 The Iowa Small Town Poll will be mailed out soon and everyone who gets one in the mailbox is strongly encouraged to fill it out. David Peters, a sociology professor at Iowa State University, says the survey used to be conducted once a decade.

Peters says, “Given what’s happened in the last 10 years with the recession and the slow recovery, we really needed to increase the frequency of how we surveyed Iowans in small towns to better understand how communities are making progress towards achieving their economic goals and their goals of maintaining their high quality of life in their communities.”

The polls are now going out every other year and Peters says that’s providing better benchmarks. “We’re doing it every two years to better understand how things are changing, hopefully for the better,” he says, “and also to communicate those results to state policy makers so they can make decisions at the statehouse that don’t negatively impact small towns in our state.” Peters says the topics in this year’s survey will focus on four areas.

“We ask a number of questions about how people view population change and the challenges that accompany that,” Peters says. “We’ll also be looking at asking Iowans how they’ve recovered both personally and how their communities have recovered from the last recession. We’ll also look at how people view crime and safety.”

The fourth topic will focus on water quality. The survey will be mailed to select recipients across Iowa in towns with populations ranging from 500 to 10,000. The surveys take 20 to 25 minutes to complete and respondents will be entered in a drawing to receive one of 30 gift cards worth $100 each. The results will be released next spring. Learn more at: www.soc.iastate.edu/smalltowns/poll/