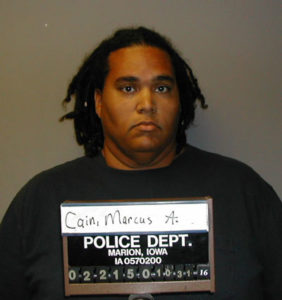 A former Linn-Mar School District employee is charged with sending an inappropriate photo to a student.

Marion police says the Linn-Mar district had received information in October that an employee of the school district had inappropriate conduct with a student. The investigation revealed that 26-year-old Marcus Cain of Cedar Rapids had sent an inappropriate pornographic image to a juvenile.
Cain was arrested and charged with Dissemination and Exhibition of Obscene Material to Minors. He no longer works for the school district.  Cain appeared in Linn County District Court and was released on a promise to appear.