You are here: Home / Agriculture / Iowa enters dry period with moisture in reserve 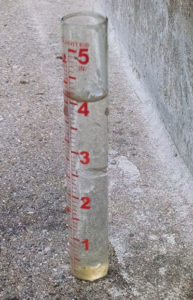 A state report concludes Iowa is heading into the winter months with a “predominantly good” level of moisture in reserve — at the groundwater level. In addition, river and stream flows at the surface are “above normal.”

“Most of the state is in really good shape,” says Tim Hall, a hydrologist who works for the Iowa Department of Natural Resources.

“…We’ve been doing these water summary updates snapshots here for more than four years now, just kind of tracking the conditions across the state. Going into what is typically the stretch of the four driest months of the year, it’s still kind of wet across the northern half of the state from the rains that we received in August and September.”

But Hall says rainfall has been “pretty variable” and there’s a section of south central Iowa that is “stubbornly dry.”

“We’ve been watching that little part of the state since the early part of the summer,” Hall says. “They just have not had the consistent rainfall that the rest of the state has had, but they’re still not rated as any kind of drought situation, but ‘abnormally dry.'”

According to the DNR report, October was the first month since June for below normal rainfall. There were no “widespread excessive rain events” during October either, giving north central and northeast Iowa a chance to dry out a bit after massive rain in September.