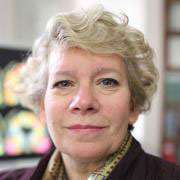 Volunteers are needed in Iowa to test a new drug which researchers say has promising potential in preventing or slowing Alzheimer’s disease.

Dr. Reisa Sperling, a neurology professor at Harvard University, says the medical trial will run three-and-a-half years. That may seem quite long, but memory changes can progress very slowly, so she says it’s important to study people over time.

Dr. Sperling says, “We’re looking for people aged 65 to 85, but unlike most Alzheimer’s studies, we’re looking for people who don’t yet have symptoms, or at least have very mild concerns about their memory.” University Hospitals in Iowa City is one of 60 sites in the nation where the so-called A-4 study will be done. That A-4 stands for the Anti-Amyloid in Asymptomatic Alzheimer’s study.

“The A4 study is really the first of its kind prevention study where we’re trying to find people who are still normal, who have early brain changes that we think are associated with Alzheimer’s disease but don’t yet have the symptoms,” Sperling says. “Our job is to try to help prevent them from developing the symptoms and progressing with memory decline.”

More than 5 million Americans suffer from Alzheimer’s disease and by 2050, scientists expect that number to triple to 15 million or more. Volunteers will need to report to the hospital once a month over the course of the study and each visit may last 30 to 60 minutes. Taking part will involve memory tests, brain scans, MRIs and the drug will be administered using an IV.

“This drug has been in about 3,000 people already but it’s primarily been tested before at the stage of dementia where people have already had the Alzheimer’s disease changes in their brain for more than a decade,” Sperling says. “What’s really groundbreaking about the A4 study is now moving it to people who don’t yet have symptoms and hopefully, in time to really save their brains.” Volunteers will be compensated. She expects 10,000 patients will be screened at the 60 sites in order to find the 1,150 who will be chosen for the study.