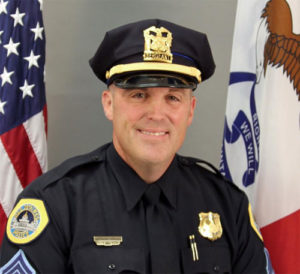 A large number of police officers from across the United States are expected to attend the funeral today for the Des Moines police officer who was killed Wednesday.

Hundreds of officers from across the country turned out in April for the funerals of two Des Moines officers who were killed in an accident with a drunk driver. Des Moines Police Department spokesman, Sergeant Paul Parizek, says they are expecting many more officers for the funeral of Sergeant Tony Beminio today because of they way he died.

Parizek says more departments send honor guards in these types of situation were officers are shot and killed in the line of duty. Beminio’s funeral is at 11 a.m. in West Des Moines, and then a long procession of police cars will escort his body across town to a Des Moines cemtery for burial.