You are here: Home / Agriculture / Could apple cider be hazardous to your health? 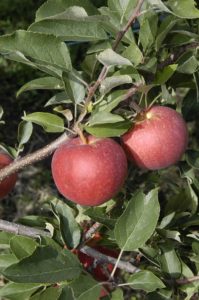 For many Iowa families, sipping locally-made apple cider is a familiar fall tradition but if you buy the jug from a farmer down the road or at a farmer’s market, be sure to check the label.

“The safest thing is apple cider that’s been pasteurized,” Dr. Quinlisk says. “What that means is, basically, they heat it up to a temperature that’s going to kill all of the bacteria and stuff in it that can make you sick, just like they do with milk.”

She says apple cider that’s unpasteurized can contain salmonella, E. coli or something called cryptosporidiosis. Pasteurization can be vital for certain people.

“That’s especially important for young children, any child under five, older people and anybody whose immune system isn’t working quite right,” Quinlisk says. “It may make other people sick, but it wouldn’t be as potentially serious.”

You can’t tell if cider is contaminated just by looking at it, she says, and there’s no difference in smell or taste. Quinlisk says the key is buying cider that’s labeled as pasteurized.

“If it is not pasteurized, you have to be absolutely sure that it’s kept refrigerated,” Quinlisk says. “Bacteria and stuff can grow in apple cider and apple juice and if it’s kept at a warm temperature, they’ll start growing. Of course, then you have an even higher risk of getting ill.”

Symptoms of foodborne illness may include: nausea, vomiting, diarrhea, abdominal pain, stomach cramps, loss of appetite, fatigue and fever. If you suspect you may have a foodborne illness, call the IowaSic hotline at 1-844-469-2742. Learn more here.