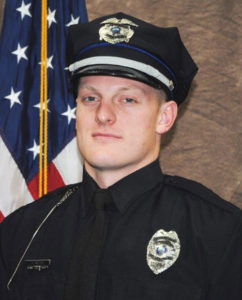 This has been an emotional week for those who work in Iowa’s law enforcement community, as well as their families.

A funeral was held in West Des Moines on Monday for Des Moines Police Sergeant Anthony Beminio who was shot to death in his squad car on November 2 as he responded to the ambush of Urbandale Police Officer Justin Martin. Martin’s funeral was this past Tuesday, in his hometown of Rockwell City. Randy Martin, Justin’s father, was shocked by the outpouring of support from the community — and from all across the nation.

“I’m hoping maybe with these two senseless deaths, people will stop shooting each other and we’ll get peace,” Martin said.

After Tuesday’s funeral, it took nearly an hour to make the three mile trip to Rosehill Cemetery in Rockwell City due to the long line of law enforcement vehicles from all over the country. 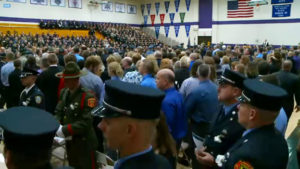 “When he went to the academy, they talked about, ‘You are now part of the blue family,’ and I’m sorry it takes this, but I know what that means now,” Randy Martin said.

Randy Martin is a principal at the school his late son attended. He and his wife asked that this week’s funeral be a “celebration of life” service. A fellow policeman who was a childhood friend of Martin’s spoke for the family during the funeral. He called the slain officer “a hero” and a “kind-hearted, gentle giant.”