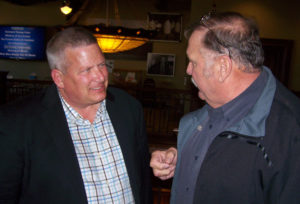 “I think there will be a lot of attention paid to agriculture,” Northey says. “I don’t think that means new support programs or those kinds of things. I think it’s just going to be a very free market-oriented administration, not looking to spend extra dollars but definitely looking at rolling back regulations that aren’t doing what they should be doing.”

While Trump is on record saying he doesn’t like most, if any, of the current trade agreements, Northey does not think it means Iowa’s many millions of dollars in ag exports are in jeopardy.

“I’ve heard some folks for President-elect Trump that have said they’re supportive of trade,” Northey says. “They need better enforcement and if other areas saw as much positive for trade as agriculture did, they would have been in favor of trade deals.” Northey says Iowa is “a good example of the things that can work” with respect to international trade.