Mason City police are investigating a double-murder. Police were called at about 2:15 this morning to a home in northeastern Mason City to investigate the report of a shooting.

Police found Melinda Kavars and Caleb Christensen dead inside the residence. Thirty-year-old Peter Veal of Lake Mills was arrested at about 2:30 this morning after a brief foot pursuit about a half-mile away.

Veal is charged with two counts of first-degree murder and is currently being held in the Cerro Gordo County Jail.
Mason City police say they are being assisted by the Iowa Division of Criminal Investigation with the homicide investigation.

Autopsies will be performed at the State Medical Examiner’s Office. No other details are being released at this time. 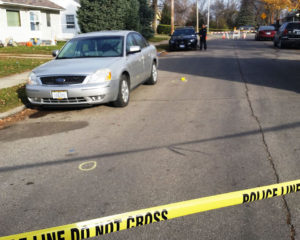