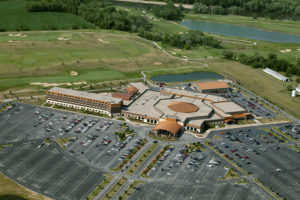 A buffet dinner has ended up costing the Riverside Casino $10,000.

Iowa Racing and Gaming Commission administrator Brian Ohorilko says the expensive dinner was a result of a person who had signed a self gambling ban. “There was an individual who had signed up to participate in that program in 2013. That person entered the facility just a few months ago in August — went to the players club desk and was issued a players club account,” Ohorilko says.

He says this case was a little unusual because the person who got the account didn’t break the self-imposed gambling ban. “That individual didn’t gamble, but used that card to get a discount at the buffet. Riverside through their own internal audit discovered it the next week and reported the issue to the commission,” Ohorilko says. The Racing and Gaming Commission reviewed the case and agreed to a fine for the casino.

“It was the third such violation of this type within the past 365 days for Riverside, and so they were given a fine of 10-thousand dollars for that violation,” Ohorilko says. The fines for allowing anyone signs a self-ban from obtaining a players card starts at $3,000 and can go all the way up to $20,000.
He says the commission took into account the circumstances in the violation in setting the fine at half the maximum.

“In this particular case we took a close look at it and the controls and procedures in place appeared to be pretty solid,” Ohorilko says. “There are warning screens that show up — and in this case did for the employee — but for whatever reason the employee that was running that players club desk

that day chose to ignore the warning signals that the computer screen had indicated. With this particular case at this particular facility, we still feel that the controls put in place are strong and solid an employee for whatever reason failed to perform their duties.”

Ohorilko says the commission feels the casino took the proper steps in disciplining the employee and that also figured into the amount of the fine.