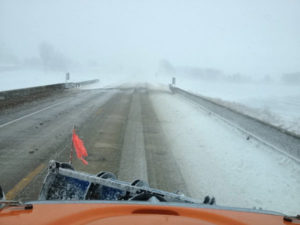 Northwest Iowa is getting its first snowfall of the season and conditions are worsening. The National Weather Service has issued a Winter Weather Advisory for Lyon and Sioux counties.

Rain started changing into snow about 5 a.m. in Sioux Center and began freezing. The roads were still passable but conditions quickly changed as it turned to all snow and winds started to pick up.

Several schools in the region announced they’d be starting on a two-hour delay, but as more snow fell, quite a few cancelled class all together. 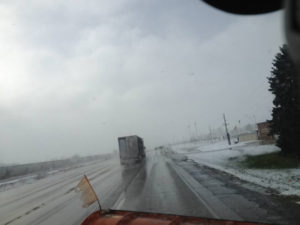 Winds are expected to pick up this afternoon, with forecasts of gusts as high as 50 miles an hour. For snowfall totals so far, Sioux Center has about three-quarters of an inch and is expecting up to three inches.

Up until today, Iowans have been enjoying one of the warmest falls on record.