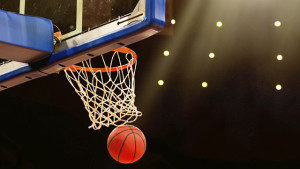 The 20th ranked Iowa State Cyclones set a single game scoring record in a 130-63 win over the Citadel. Naz Mitrou-Long tied a career high with 26 points and Monte Morris had a triple-double with 17 points, 10 assists and 10 rebounds.

“I thought our guys were locked in”, said Iowa State coach Steve Prohm. “When we came over this morning for our walk through they were ready to go and I thought we played well.”

Iowa State will hit the road for the first time this season, as the Cyclones face Indiana State on Thursday in the Advocare Invitational in Orlando, Florida. Tip time is set for 11:30 a.m. CT, with television coverage provided by ESPN2.

The Iowa Hawkeyes scored 41 points off of 26 turnovers by Texas Rio Grande Valley and rolled to a 95-67 win in Carver-Hawkeye Arena. Peter Jok scored 27 points in 19 minutes of action before leaving the game early in the second half with a bruised knee.

Iowa coach Fran McCaffery would like to see more balance on offense.

“Twenty-nine threes is a lot”, said Hawkeye coach Fran McCaffery. “I would like to throw it inside a little bit more.”

Tyler Cook had 15 points and Isaiah Moss added 14 as the Hawkeyes improve to 3-1. They play Virginia on Friday in the Emerald Coast Classic.