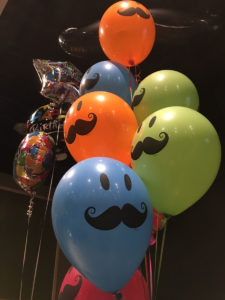 Governor Terry Branstad’s “Birthday Bash” fundraiser this weekend offered Iowa Republicans a chance to celebrate the 2016 election and look ahead to what may be next.

Five of Branstad’s grandchildren stood around a microphone and sang “Happy Birthday” to the governor near the end of the evening. Grandpa Terry Branstad turned 70 on November 17. He took the stage as more than 500 people at the fundraiser cheered the kids’ performance.

“Well, it doesn’t get any better than that,” Branstad said.

“We take corn and turn it into a liquid that is exported around the world, is increasingly enjoyed by people and it’s known as bourbon,” said Kentucky Governor Matt Bevin, who showed the crowd the three, specially-labeled bottles he brought for Branstad. 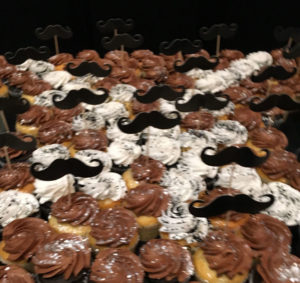 Bevin then talked about his personal history and his political philosophy, laying what might be the groundwork for a presidential campaign seeking votes in Iowa’s Caucuses.

“Seize this power that you have every four years to — more than even others in America — be able to shape that American Dream,” Bevin said.

“I remember celebrating that first victory when I was five years old in 1982,” Cotton said, getting laughter from Branstad and the crowd. “I was so excited for Iowa.”

Cotton used the word “astonishing” to describe not only Donald Trump’s victory, but Republican wins in congress and state capitols.

“The American people have chosen us as their governing party,” Cotton said.

Branstad was jubilant about GOP victories on November 8.

“Not only did Trump and Pence win Iowa, they won Iowa big — by nearly 10 points,” Branstad said, to cheers.

Before the event started, Branstad told reporters he wasn’t ruling out joining the Trump Administration, perhaps as U.S. Ambassador to China. However, the governor capped the evening by saying he gets “really passionate” about politics at “the state level.”

And Branstad told reporters that starts today, as he begins dozens of public hearings with state agency leaders, to discuss the outline of the next state budget.