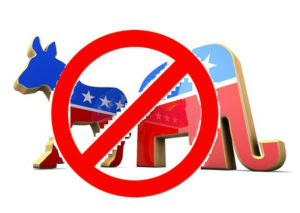 A national survey by an Iowa marketing firm finds Americans place a high value on family but to maintain good familial relationships, they want to keep politics off the table this Thanksgiving.

Doug Jeske, president of the Meyocks Group in West Des Moines, says the presidential election two weeks ago was so divisive, many families are placing a ban on all political discussions, especially during dinner.

“The popular vote was split very closely and it was a really strong, contentious and bitter campaign,” Jeske says. “Americans would like to sit down and appreciate what they’re thankful for but they really don’t want to upset each other with conversations about politics right now.”

Family remains central to Thanksgiving, far outpacing food, football and Black Friday, but to keep family a blessing, Jeske says many of us will chose to avoid conversations that might change our feelings toward family members. While the survey found politics are strictly off-limits during many holiday celebrations, almost as many respondents said “money” is another forbidden subject.

“Americans in particular are pretty private about their finances,” Jeske says. “They either don’t want to be doing too well or too poorly so they just prefer to keep those things to themselves especially — or even — with other family members.”

Nearly a quarter of Americans do still expect to talk politics this Thanksgiving. Jeske notes, there is no correlation between those willing to talk politics and whether alcohol is served with the meal. Many of us were taught that politics and religion are two topics you should never discuss in polite company and Jeske says the survey did also ask about that other taboo, religion.

“We asked whether Americans typically say a prayer before the holiday meal,” Jeske says. “One thing that may be surprising is that Americans were equally likely to say a prayer if they were sitting down for Thanksgiving in an urban environment as they were a rural environment.”