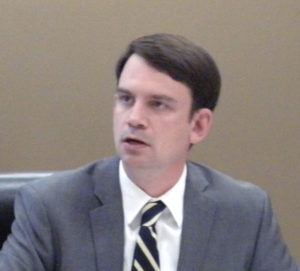 Tests of Iowa students in kindergarten through third grade show nearly 50,000 of them are below average readers, but requiring summer school for those lagging readers may remain on hold.

Iowa Department of Education director Ryan Wise said his agency and schools around the state are committed to addressing the problem.

“We know that there is a lot of work ahead and we are focused on ensuring that every single student in Iowa does read well, particularly by the end of third grade so that they’re able to access the more rigorous schoolwork ahead of them and opportunities beyond high school,” Wise said.

Wise outlined his agency’s strategic spending plan for the governor yesterday. It did not include money for summer school classes for third graders who cannot read well. By state law, those classes originally were scheduled to begin this next summer, but lawmakers recently rolled the start date back to the summer of 2018.

“I think that will certainly be a point of conversation in the legislature of when is the right time to have that requirement in there and then how are schools supported in that effort,” Wise said.

Wise is asking legislators and the governor to set aside $5.5 million more state tax dollars to spend on “coaching” and professional development for teachers in the early grades who teach reading.

“There is a tremendous sense of urgency both in terms of the percentage of students that aren’t reading proficiently and the gaps that exist between groups of students — students who are English Language Learners, students with different racial and ethnic backgrounds, students with disabilities,” Wise said. “We know that there’s a lot of work ahead.”

Thirty-six percent of the kindergarten through third-grade students who were tested last fall failed to reach reading benchmarks. By the spring, four percent of those students had improved literacy skills enough to reach their reading goals.