You are here: Home / Health / Medicine / Study: Iowa volunteers are among the nation’s best 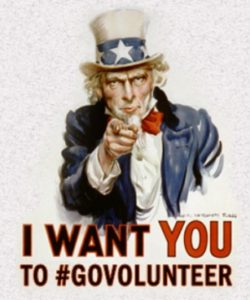 Iowa is again ranked in the top ten states for volunteerism in a report from the government agency that oversees AmeriCorps and Senior Corps.

Wendy Spencer, CEO of the Corporation for National and Community Service, says more than 765,000 Iowans donated their time last year, far more than the national average.

“One in three Iowa residents volunteer and that’s formally through an organization, sign up, get trained,” Spencer says. “Even more volunteer, about three in four Iowans, just helping their neighbors, doing kind things on a regular basis, what we call informal volunteering.”

The Volunteering in America report ranks Iowa #10 among the 50 states and Spencer says Iowa’s consistently been in the top-10, placing 10th last year. Volunteerism brings a huge benefit to Iowa’s communities.

“We actually put a dollar figure, a value on each hour served and the 765,000 Iowa residents volunteered 75-million hours last year,” Spencer says. “That’s an economic value just shy of $2-billion, billion with a ‘b’, it’s really phenomenal.”

The programs for which Iowans volunteer are as diverse as Iowans themselves, but Spencer says there are some top beneficiaries.

“The kinds of things they’re doing, they’re collecting and distributing food,” Spencer says. “These are popular activities that we find Iowans tell us they do. Fundraising for their favorite charity, raising money. Mentoring youth, which is so important today. Our youth need lots of care and nurturing and we want them to succeed, so mentoring’s important.”

The report also ranks cities and metro areas for their volunteerism. Among mid-sized cities nationwide, Iowa had two communities in the top ten: Iowa City at #4 and Cedar Rapids at #7.