You are here: Home / Education / Study: Internet may be factor in Iowa teen suicides 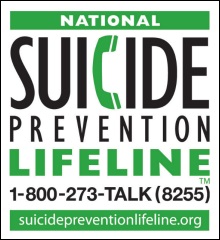 Suicide is a leading cause of death for Iowa teenagers and a new study finds Internet use is among the top contributing risk factors.

Dr. Benjamin Shain authored the report for the American Academy of Pediatrics and says more than five hours of daily internet use is linked with high levels of depression. He warns parents that blocking access to a teen’s online social network likely won’t help the situation.

Last year in Iowa, a state report says 414 Iowans died by suicide, an increase of 22 deaths from 2014. Suicide is the leading cause of death in Iowans between the ages of 15 and 34.

In addition to prolonged internet use, bullying is also consider a major risk factor in teen suicide. Shain, a child psychiatrist, says online bullying can be as serious as face-to-face bullying.

“Both bully victims and bully perpetrators are affected and the group that’s affected the most is the group who are both victims and perpetrators,” Shain says. “They had the highest increase in mental-health concerns, suicidal thoughts and behaviors and suicides.”

Shain says one of the best ways for parents to help prevent youth suicide is to talk openly and calmly with their kids.

If you are considering suicide, you can get help by calling National Suicide Prevention Lifeline: 1-800-273-TALK (8255).