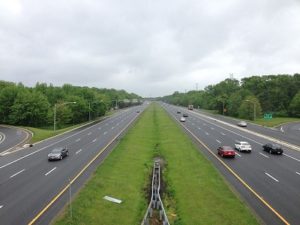 Iowa took a big fall on a report that ranks the 50 states’ highway systems for factors like pavement condition, traffic jams, traffic deaths, deficient bridges and spending per mile.

David Hartgen, lead author of the study from the Reason Foundation, says Iowa hasn’t kept up with its highway maintenance and the state’s 9,500 miles of highways are really showing the wear.

“Overall, we are looking at a system in Iowa which ought to be in better shape considering the resources, but that’s not the case,” Hartgen says. “We rated them 40th nationwide. That’s a big tumble from 18th in the prior survey.”

The annual study rates the states in overall highway performance and cost-effectiveness. He says Iowa did poorly in both of those areas, and in many others.

The study finds South Carolina, South Dakota and Kansas have the nation’s most cost-effective state highway systems, while Alaska ranked last, just ahead of New Jersey and Hawaii.

Iowa’s fall from 18th to 40th place in one year isn’t a result of the state having “done something wrong,” Hartgen says, but it’s a matter of choices made by the DOT to spend money in some places and not in others.

“A significant portion of the interstate system was just above the poor level in the prior year,” Hartgen says. “Then, not dealing with that circumstance, it deteriorated to a poor rating in the next year.”

It’s a common issue in all states, he says, as transportation officials try to balance limited funding for doing much-needed maintenance versus investing in new construction.

This is the 22nd annual Highway Report published by the Reason Foundation, a nonprofit think tank that has advised four presidential administrations on transportation and infrastructure issues.