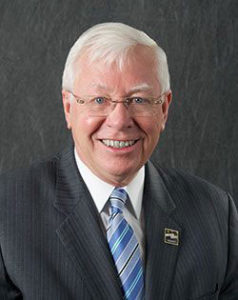 The University of Iowa is using a $45 million-dollar grant from the Roy J. Carver Charitable Trust to create an institute to study the diseases that impact the brain and nervous system.

The dean of the U-I Carver College of Medicine Jean Robillard says the institute is the culmination of a lot of discussion.

“We started to think about bringing all the neuroscientists on campus together about two years ago. And the decision was made that one way to do that was to form the Iowa Nueroscience Institute.” Robillard says. ” We consulted different groups around the country how to do this. After that then we recruited the director of the Neuroscience Institute, doctor Ted Abel.”

Abel will join the U-I faculty in January 2017 from the University of Pennsylvania, where he serves as the Brush Family Professor of Biology in the Penn School of Arts and Sciences and co-director of the Biological Basis of Behavior Program.

Doctor Robillard says it is important to have people in all types of disciplines working together. “You need in an institute like this, people in biology, you need psychologists, you need engineers, you need pharmacists and obviously you need basic scientists and physicians and so on — and that’s what this institute will be,” according to Robillard. He says the U-I has already done a lot of research on the brain and various diseases, including researchers into epilepsy.

“We know a lot more than we did — but we still don’t know a lot,” Robillard laughs. There’s hope the new institute can make progress in uncovering more about the brain and various diseases.

“This is an organ that is extremely complex, that has multiple control bases, and I think we will probably I bet you in 10 or 20 years from now probably say the same thing: ‘we know a lot more, but we still don’t know much’,” Robillard says. “I think that is what’s fascinating in that respect.”

The Carver Charitable Trust was created by Muscatine businessman and philanthropist Roy J. Carver, who died in 1981, and his wife, Lucille Carver. This is the latest of millions of dollars the trust has given to the University of Iowa.