You are here: Home / Crime / Courts / Knoxville woman accused of having sex with a teen boy 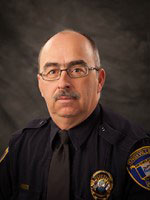 A south-central Iowa woman is accused of having a sexual relationship with an out-of-state minor.

Knoxville Police Chief Dan Losada says 24-year-old Jordan Wilkerson bought the 14-year-old boy a bus ticket so he could be with her in Knoxville.

“We received information from the parent of the juvenile involved that there was a concern of a possible sexual relationship happening,” Losada said. Wilkerson is now in jail and police believe she knew the boy was only 14.

“She’s facing two charges, one of harboring a runaway and providing the transportation to get the juvenile to Iowa. The second charge is sexual abuse in the third degree for having a relationship with an underage juvenile,” Losada said.

The arrest follows a two-month investigation. Losada is not saying how Wilkerson met the boy and he’s not revealing the boy’s home state. The minor has been returned to his home.