A shooting in southeast Iowa Tuesday night has left a 16-year-old Ottumwa boy fighting for his life.

The Ottumwa Police Department was notified around 7:50 p.m. that a shooting victim had been dropped off at the Ottumwa Regional Health Center. Police say the teen was shot in the head.

Ottumwa Police Lieutenant Jason Bell says the victim was transported to the University of Iowa Hospitals in Iowa City where he remains in critical condition. 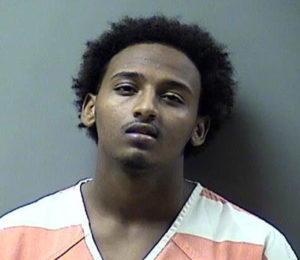 Police have arrested another Ottumwa teenager, charging him with attempted murder.

Venhure Yosef Tsegay, 18, was arrested at approximately 1:00 A.M. Wednesday. Tsegay remains in the Wapello County Jail on a $25,000 bond.

The Iowa Division of Criminal Investigation has been called in to assist with the investigation. Neighbors say they have made multiple complaints to the building owner, a low rent housing authority over Tsegay and his family.

They say that police have been called to the residence on multiple occasions in the last year. The say they’re worried about possible retaliation if the shooting was gang related.