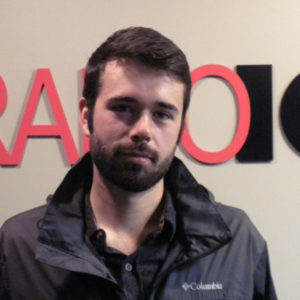 Improving water quality in the state has been a big topic of discussion this year, and there are already several projects underway testing different methods to improve the runoff from farm fields.

Shane Wulf is the project coordinator of the Miller Creek Watershed project in southern Black Hawk and Northern Tama County. It’s one of the eight initial demonstration projects funded by the state Water Quality Initiative

“We are trying to show off these practices working with some proactive producers who put these practices on the ground in high visibility areas, and then it’s an opportunity for us to have field days, workshops at these practices to show them off to some of your more traditional producers,” Wulf says.

He says they have three categories they work with. “Management practices — something like putting a cover crop out there — no till, strip till, some of these different practices that are actually out there in the field,” Wulf says. ” Then we also work with some nutrient management practices like nitrogen application management, nitrification inhibitors, which slow down the process of converting over to nitrate which eventually can be lost through the water. And also, edge of field practices which I would probably argue are among the most innovative new practices that are out there.”

One of those edge of field practices is called a denitrifying bioreactor. “It sounds kind of complicated, but it’s essentially just a big pit of wood chips that tile is re-reouted into and water flows through and basically comes out on the other end with a reduce number of nitrate concentration,” Wulf explains.

Wulf says the goal is to explain how the processes work. He says all the practices are pretty straightforward, but some of the producers are what he calls “pretty darn traditional.

“And it’s a big change in their operation. “So that’s why we want to make sure we demonstrate as well as we can and work with them to show that the practices are effective for reducing nitrates and phosphorus, but also to be cost effective as well,” Wulf says.

Wulf says many of the things they are using have been tested at Iowa State University and they are following up to be sure they work in the fields. “We are doing local water monitoring with the Iowa Soybean Association. So bi-weekly I go out and grab tile samples, water samples from in stream and then also from those edge of stream — the bioreactors and buffers — you can collect directly from those practices as well,” Wulf says.

The Miller Creek watershed covers some 42,000 acres and is 81 percent planted in row crops.