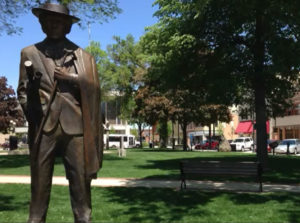 Plans for a hotel that’s a key part of a major Mason City downtown redevelopment project are up in the air.

San Diego developer Philip Chodur, a Mason City native, failed to break ground on Wednesday, the last of three deadlines he missed as he tried to secure financing for a Courtyard by Marriott hotel that was to be built on property that currently is a parking lot west of City Hall.

The hotel is part of a $36 million downtown project that includes the hotel, a parking ramp, an ice arena, a music pavilion, and a building that would be a mix of commercial and residential development.

The project has been pre-approved for $7 million in state funding through the Iowa Reinvestment Act program. One of the requirements is a private investment, which the hotel satisfied.