You are here: Home / News / November could be second warmest in state record book 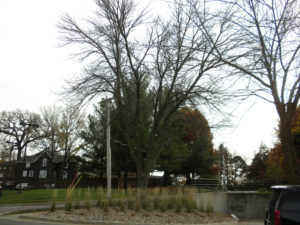 Iowa’s still on track for one of its warmest autumns and among the warmest years on record, according to the state climatologist.

The just-ended month of November was exceptionally warm and Harry Hillaker says of the 30 days in the month, 27 of them had above-normal temperatures.

“This will probably be the second-warmest November on record and that’s going back through 144 years of records,” Hillaker says. “Only November of 2001 on a statewide basis averaged warmer than this month.”

September and October were also much milder than what’s typical. In addition to being warmer, November was also much drier than normal for most of the Hawkeye State. “A few places in the state, the far northwest corner and some parts of east-central Iowa, are just barely above normal on precipitation,” Hillaker says. “Most of the state was below-normal, especially southern Iowa where many areas had less than half the usual amount of precipitation.”

The southern Iowa town of Allerton only reported about a half-inch of rainfall for the month, far below normal. The National Weather Service issued a revised outlook for December earlier this week. He says, “And it’s favoring slightly cooler-than-normal weather for the month and that’s quite a change from the outlook issued just two weeks ago which was favoring above-normal temperatures for the month.”

Hillaker says there’s the possibility of a major snow event in Iowa by the end of next week.