You are here: Home / Education / Iowa Central Community College bond issue up for a vote today 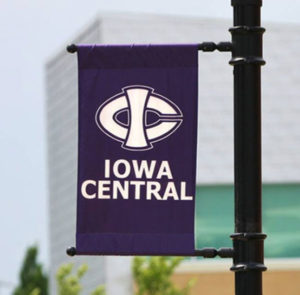 Voters in nine counties in northwest and north-central Iowa will be headed to the polls today to decide on a near $30-million bond issue for Iowa Central Community College.

Dan Kinney, the president of Iowa Central, says the money would pay for much-needed improvements on the campuses in Fort Dodge, Webster City and Storm Lake.

“Our #1 goal out of this one is really safety,” Kinney says. “All three of our sites, really four sites with Eagle Grove and our Career Academy, are very safe, but we’ve got to continue to improve and how do we get better in regards to this?”

The bond money would include improvements to an array of security measures, camera systems, door locks, electrical systems and other infrastructure. Another big part of the bond issue is expanding the Career Academy in Eagle Grove, which now serves high school students from multiple communities.

“It’s really turned out to be a positive thing, to get students hands-on in the classroom in that career in technical education, plus, it’s probably the most expensive education that high schools and Iowa Central can do, but doing it together, we’re really starting to save some money,” Kinney says. “We want the ability to expand to two additional career academies that will cover all of our region.”

Other elements that would be covered under the bond issue include adding an elevator to bring one of the campus buildings up to code, replacing aging heating and air conditioning units and updating old windows. This year marks the 50th anniversary of Iowa Central Community College. Enrollment is estimated at just over five-thousand students at the three campuses.

(By Pat Powers, KQWC, Webster City/Photo from the ICCC website)