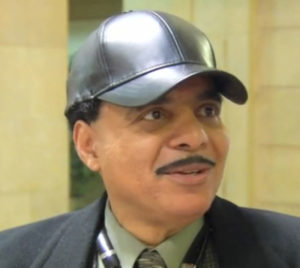 Supporters of a Cedar Rapids man who is paralyzed after being shot by a police officer are calling the investigation into the incident “unbalanced.”

“It’s unbalanced. You only got the officer’s side of it. And you’ve got a video without words that doesn’t tell you what else was said,” Doolin said. The shooting happened during the early morning hours of November 1, shortly after the officer stopped Mitchell’s truck for a broken license plate light.

Vander Sanden said Officer Jones could smell marijuana and then found a pound of marijuana, $1,500 cash and a scale in the truck. Mitchell became “combative” and got back in his truck and started to drive off. Officer Jones was hanging from the truck’s door and fired three shots as he “feared for his life.” There’s video of the altercation from the officer’s dash camera, but Vander Sanden said the officer’s body microphone was “not operational.” Doolin has doubts about that.

“I know a lot of people in the community are going to question, ‘How come the video…there was no sound?’ A lot of people are going to wonder…that seems pretty convenient,” Doolin told KCRG. The squad car camera video has not been made public.

Vander Sanden said Mitchell was given “numerous” chances to speak with Iowa DCI agents who investigated the shooting. Mitchell’s attorney, Paula Roby, told reporters on Tuesday that she was “blindsided” by the grand jury’s decision. Roby said Mitchell has been unable to speak, is undergoing care at a facility in another state, and she had planned to take a statement from Mitchell on December 13.