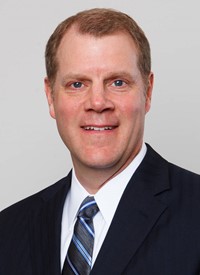 New Drake basketball coach Jeff Rutter was so excited to get to practice on Wednesday that he realized after backing out of his driveway that he forgot to put in his contact lenses. With a trip back into his home and a couple of days of practice Rutter is now focused on Saturday’s game against Jackson State. It will be his first game since being elevated to head coach after the sudden resignation of Ray Giacoletti.

‘I’m really excited about practice. I was and I am”, said Rutter. To be able to tee it up tomorrow and take on a very good opponent is exciting.”

The Bulldogs have stumbled to a 1-7 start and Rutter says the focus has been on execution and instilling confidence as they get set to host a Jackson State team that is 2-6.

“There is no wholesale changes”, added Rutter. It is about continuing to try and find ways to get better.”

It will be Jackson State’s second visit to the Knapp Center in three years. In 2014, Drake handed the Tigers a 76-66 loss. Last season, Jackson State finished 20-16 before advancing to the second round of the CollegeInsider.com Tournament.