You are here: Home / News / Push on to increase tax for Natural Resources Trust Fund 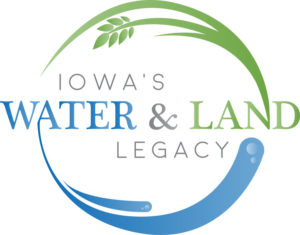 Representatives of Iowa’s Water and Land Legacy coalition are traveling around the state this week, making their case for a three-eighths cent increase in Iowa’s sales tax to fund natural resources initiatives.

Randy Munson of Ankeny is State Council Chairman for Ducks Unlimited. “We could generate anywhere from $150 million to $180 million that would be constitutionally protected,” Munson says. “That money, once it’s in the (trust fund), cannot go into the state’s general fund.”

In 2010, 63 percent of Iowa voters backed the creation of the Natural Resources and Outdoor Recreation Trust Fund. Six years later, the fund remains empty because it requires the three-eighths of a cent sales tax increase. A large chunk of the fund would support clean water initiatives, something Munson says farmers would welcome as they apply pieces of the state’s Nutrient Reduction Strategy.

“Farmers want to participate in that program, but there is an added cost to that. Forty-percent of the funds allocated (to the trust fund) would go into cover crops and bumper strips to work on nutrient reduction,” Munson says. On Wednesday, the coalition released a study that identifies over $673 million worth of “fully planned projects” that could be completed with money from a three-eighths penny sales tax increase. Munson says many of those projects would improve parks, hiking and biking trails, and other outdoor recreation areas statewide — and provide a boost to rural communities.

“You look at the money being spent in restaurants, gas stations, and local stores…it’s an opportunity for small town Iowa to recapture tourism and strengthen economic development within their communities,” Munson said.

The Iowa Land and Water Legacy coalition held meetings on Wednesday in Mondamin and Cherokee. Meetings are scheduled for today  in Le Mars (8am), Sioux City (9:30am), and Mason City (3pm) — and tomorrow in Cedar Rapids (9:30am) and Davenport (3:30pm).