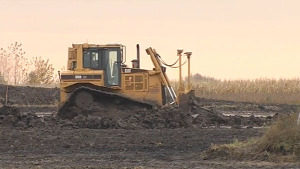 A surge in the hiring of holiday workers and a continued warm weather led to a drop in the state unemployment rate in November.

The rate fell to 3.8 percent, compared to 4.1 percent in October. The unemployment rate is now the lowest it has been since March.

The report from Iowa Workforce Development says warm weather allowed the construction industry to stay strong and it lost only 100 jobs in November compared to October.

Iowa’s manufacturers lost 1,400 jobs and it is the second straight decline following a brief upsurge in the summer. Other areas that saw job losses were services (-1,200), leisure and hospitality (-500), and information (-200).

The November rate was only slightly highter than the 3.5 percent rate at the same time one year ago. The number of unemployed Iowans decreased to 65,000 in November from 70,400 in October. The current estimate is 5,300 higher than the year ago level of 59,700.