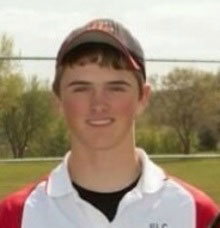 A young man, convicted earlier this year in the death of another man in northern Iowa, was sentenced Wednesday to 50 years in prison.

Bortvit’s sister, Brittany, was among those who delivered victim impact statements at the sentencing hearing. “All of the hearings we had thus far were all about Lee and what he has done and what he did. Today was really important because it highlighted my brother as a person and who he was,” Brittany told reporters afterward.

Prosecutors said Christensen, who was 18 at the time, committed the crime after claiming his vehicle broke down and he asked Bortvit for a lift home. Bortvit was dating Christensen’s ex-girlfriend. Brittany said her brother was always ready to lend a helping hand.

“My brother was the kind of person who would take the shirt off his back for anybody,” Brittany said. “He was so kind and so helpful in so many ways.” Assistant Attorney General Coleman McAlister called it a “powerful day” for the Bortvit family.

“I don’t think anybody could listen to them describe how their lives have changed and not be touched by it,” McAlister said. “I hope that going through that process gives them a step in the right direction towards healing, to the extent that they can, from the loss of their son.”

As part of his sentence, Christensen was also ordered to pay $150,000 restitution to the Bortvit family.