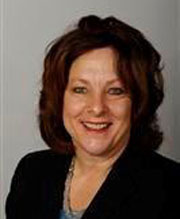 Two members of President-elect Donald Trump’s Ag Advisory Committee are suggesting a family farmer from north central Iowa would be a “common sense” choice for secretary of agriculture. Legislators from North and South Dakota told a reporter for “Agweek” that Annette Sweeney of Alden, Iowa, would be an effective U.S. Ag Secretary.

Sweeney spoke with Radio Iowa this morning about the perspective she could bring to Trump’s Administration.

“I’m very blessed to still be on the same farm on which I was raised, despite teaching in Illinois, then moving home to start farming with my mom after my dad died,” Sweeney says. “It’s just blossomed since then.”

Sweeney later married. She and her husband, Dave, raise Angus cattle as well as corn and soybeans on their farm. Sweeney served in the Iowa House for four years and was the first woman to be chair of the Iowa House Ag Committee. Sweeney remains part of the State Agriculture and Rural Leaders group, an organization of officials from all 50 states, Canada and the United Kingdom.

Sweeney met one-on-one with Trump last year in Des Moines, but has not interviewed for a job in the Trump Administration.

Sweeney served as co-chair of America’s Renewable Future, a group agribusinessman Bruce Rastetter formed in 2015. The group’s aim was to lobby the presidential candidates to support the Renewable Fuels Standard. Sweeney was the lead speaker at the group’s kick-off event in January of 2015.

“How important that Renewable Fuels Standard is to the economy, sustainability and to the future of fuels here in the United States,” Sweeney said.

During her four years in the Iowa House, Sweeney was instrumental in passage of a 2012 state law that set up a misdemeanor charge for people caught getting a job at a livestock confinement or on a farm to go undercover or to disrupt the operation in some way.

“We are serious about protecting our agriculture that we have in this state,” Sweeney said five years ago.

Sweeney called some of the “stings” by groups like PETA a disservice to “bona fide” farmers.

Reports indicate Trump would like to name a woman as the next secretary of agriculture. Trump and his transition team have met with the former president of Texas A-and-M University, a former Texas Agriculture Commissioner and a North Dakota senator — all women — to discuss the cabinet post.