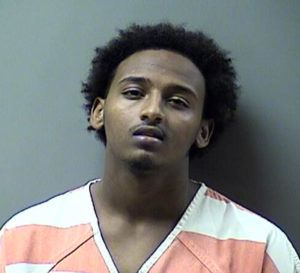 A young man who was in custody for a late November shooting incident in Ottumwa was charged today with first-degree murder.

That’s because the 16-year-old victim died from his injuries on Christmas day. Lieutenant Jason Bell is with the Ottumwa Police Department.

“This is a horrible tragedy and our condolences go out to the family of the victim in this incident,” Bell said. Police say 18-year-old Venhure Tsegay shot Christian Madueno in the face. It happened outside Tsegay’s home on November 29. Bell said he could not discuss many details of the case, but he hinted at a potential motive.

“The offender in this case, Tsegay, is also being charged with robbery in relation to this same victim for an incident that transpired prior to the shooting,” Bell said. Tsegay is being held in the Wapello County Jail on $500,000 cash only bond.