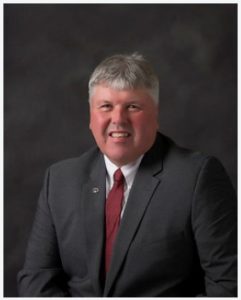 The new president of the Iowa Cattlemen’s Association has guarded optimism as 2017 approaches.

Mike Cline, who raises cattle near the northeast Iowa town of Elgin, says he’s hoping to build on the success of the just-passed 50-cent-per-head state beef checkoff. Cline says the funds will help producers weather the tough economic times.

“We can really target things that will help our high-quality beef, demand for that product and marketing outlets and research that could help us here, whether it’s using byproducts or new technology to track animals or whatever,” Cline says. “It should give us a leg up and a little bit more control of where we’re going.”

Cline says the association’s leaders are also trying to help their members deal with the recent market volatility.

“This past year was tough on producers, the market jumping around as it was, so they’re trying to get more answers on that,” Cline says. “That’s why we’re looking at price discovery and encouraging people to do more cash sales versus negotiated sales in advance so we can keep our market real current.”

One priority is to work with lawmakers and the new president to increase trade opportunities for the cattle industry. 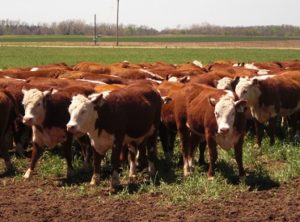 Cline says the recent appointment of Governor Terry Branstad as the U.S. Ambassador to China should help.

“That’s a great win, not only for Iowa but for all of us here that are moving product over to China,” Cline says. “Whenever you look at China you have to look at the potential there and it’s enormous. We always know, too, that it’s a tough sell to work with China and getting things worked out while we have trade moving back and forth quite frequently.”

Cline says the members also want to see regulatory relief at the national level and are encouraged by what they’re hearing from President-elect Trump so far.