You are here: Home / Fires/Accidents/Disasters / High speeds cited as factor in uptick in traffic fatalities 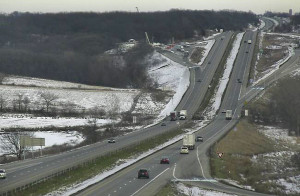 At least six people have died in traffic crashes in Iowa since the start of the Christmas to New Year’s holiday period. That has increased the total number of roadway fatalities in Iowa this year to 397. Iowa State Patrol Sergeant Nate Ludwig says it’s the most traffic deaths recorded in the state in eight years.

The rise in traffic fatalities is blamed on three main factors: distracted drivers, motorists not wearing seat belts, and speeding.

“We’ve seen a lot of fatalities this year that have been attributed to high speed,” Ludwig says. “We’re not talking about just barely speeding…this is 80 to 90 miles an hour.”

Ludwig believes too many people “take driving for granted” and are overly aggressive.

“Everybody is in a hurry, they wait until the last minute to leave, and then they try to make up time,” Ludwig says. “I spoke with some troopers in the Des Moines area who said that they’ve never seen so many vehicle on Christmas Eve, Christmas Day, and the day after traveling at 80, 90, 100 miles an hour on the interstate.”

Ludwig says while the number of traffic deaths this year in Iowa is appalling, it’s not just a number.

“It doesn’t click with people, but this number is somebody’s loved one, somebody’s wife, husband, parent…and it’s an alarming number,” Ludwig says.

And Ludwig notes, this year, Iowa has not had a lot of “bad” weather that could be a factor in the rise in traffic deaths.