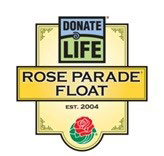 Thousands of Iowans celebrated the New Year in Pasadena, California last year as the Iowa Hawkeyes played in the Rose Bowl.

There will be at least six Iowans there today for the annual Rose Parade as part of the Choose Life float honoring organ donations. Iowa Organ Donor Network spokesman Tony Hakes says they want everyone to start the year out by thinking about being an organ donor.

“There’s an absolute shortage of organs nationwide and we really feel it’s a solvable problem,” Hakes says. “We encourage everyone to mark ‘yes’ on their driver’s license or register online, or just make their wishes know to their family, because 120-thousand people at any given time are on the wait list.”

Hakes says the organ donation float in the Rose Parade is a great way to bring attention to the issue.

Hakes says some 800 million people watch the parade on TV and one million are there in person, and he says it is a good way to let people know that organ donation “saves lives, it heals lives.” The float in the parade will include a florograph with a likeness of Iowa organ donor Dyllan Lawson. Lawson had just completed his first year at the University of Iowa in pre-medicine when he was involved in a car accident on June 30th, 2011 that left him with severe head injuries. His organs were donated to four people.

Cindy Newton will walk alongside the float which her daughter Carlie will ride on. Cindy donated part of her liver to Carlie, who was born with a disease that kept her liver from functioning.

The Iowa Donor Network has participated in the parade and float for many years. Hakes got to go last year and says all the Iowans there made it special. He says they knew they were going to the parade in the summer and having so many Iowa fans there made it a lot of fun.

For more information on signing up to be an organ donor, go to the Iowa Donor Network website.